We’ve seen plenty of zombies in our lifetime, but we don’t often see them this close. The arcade–style game HordeZ puts the zombie apocalypse in VR, giving you the satisfaction you couldn’t get on a screen before VR.

We talked to creators Niklas Persson and David Sousa about how they got their start, Niklas’ background in laser tag centers and developing for VR.

The game is set in the future where mankind has been taken over by demonic entities that have entered through portals.  It's a classic setup: wiping out zombies in different locations around the planets.  We have 10 levels, all of which you can play online.  You have a multitude of weapons to blow the zombies apart. It's a VR action game inspired by games like House of the Dead and Left for Dead.

How many people were on the team?

I'm (Niklas) the programmer and the designer of the game. I worked with David Sousa, who was responsible for designing and making the zombies.

Why did you decide to make a zombie game?

I’ve always been a fan of zombie games. I watched the Walking Dead series and pretty much any zombie movie that has come out. I think it's a fun game to play, especially in VR, because most zombie games are not that scary on a regular 2D screen.  But once you get into VR, it's a completely different story.  It's very hard to convey that feeling or atmosphere on regular screenshots or videos.  You have to play the game to really appreciate the atmosphere, and it gets pretty scary for some people. I've seen a lot of YouTube videos where people still freak out playing the game for the first time. It's always fun to watch! 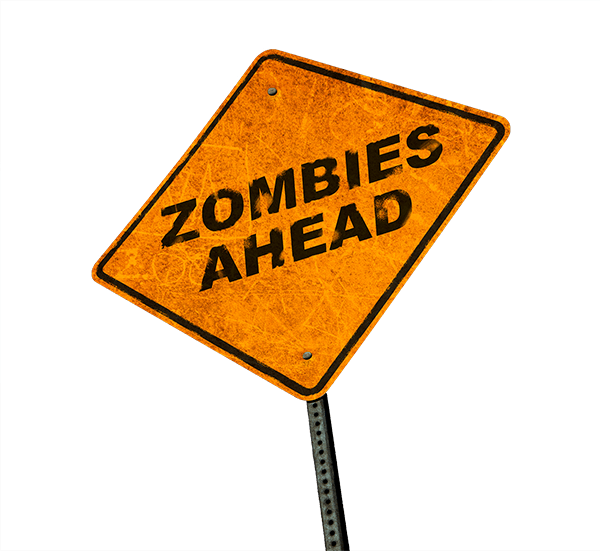 What were you doing before you started work on HordeZ?

When I first got started, my brother and two other guys and I started a company called Refraction. One of those guys was Patrick Söderlund, who is now a VP at EA. We made a game called Codename Eagle, a fun game that was ahead of its time. The game sold pretty well. Soon after a company called Digital Illusions saw the game and contacted us. There weren't that many games companies in Sweden at this point so Digital Illusions wanted to buy into the company and make our studio their head studio in Stockholm. We had already begun working on Battlefield 1942 and once we became Digital Illusions, our company expanded to a team of about 30 people. The game became a pretty well-known franchise. Digital Illusion is known as DICE today. After the release, I quit the games industry and started doing other stuff, like starting up internet cafes and laser tag centers.

When the VR revolution happened, which took far too long, I wanted to build something for VR. I decided it was a good time to try and get back in the games industry.  I originally wanted to build a VR arcade.  So I was looking at the technology needed because when I was running the laser tag business, I was thinking about how cool it would be if people were running around with VR headsets. But that wasn't possible at the time, so I developed a system where you could actually play multiple plays with a computer in your backpack much like V Arcade or The Void.

David: I finished my degree at the beginning of 2015. I started doing some freelancing as a 3D artist and some program visualizations.  It was something experimental, and I wanted to see how far I could go. It wasn't that bad, but I really wanted to be in the game industry. So, I start searching some ads and I found Niklas. I saw a big window there, because I knew that VR was exploding at the time, and it could be a really awesome experience for me to get into the industry. We started making zombies together, and I think it worked very well.

What was it like to throw yourself into the VR world and start developing for it?

Niklas: From a programming and design prospective, it was something completely different.  There were so many new things that you need to take into consideration.

Motion sickness is a big problem, but we found that moving slowly shouldn't trigger the motion sickness.  We tested it on at least 100 people and maybe one or two showed some tendency towards motion sickness. We figured it wasn't a huge issue, as long as the movement is slow, delicate and steady.  Most people focus more on the zombies than the fact that they're moving. It's a nice feature and a lot of people seem to appreciate it.

You also have the problems of emersion and making things just feel right, and that comes from trying and testing. VR games are a lot harder to program or make changes for than in a regular game. But game development is always fun, and killing zombies with friends is even more fun! 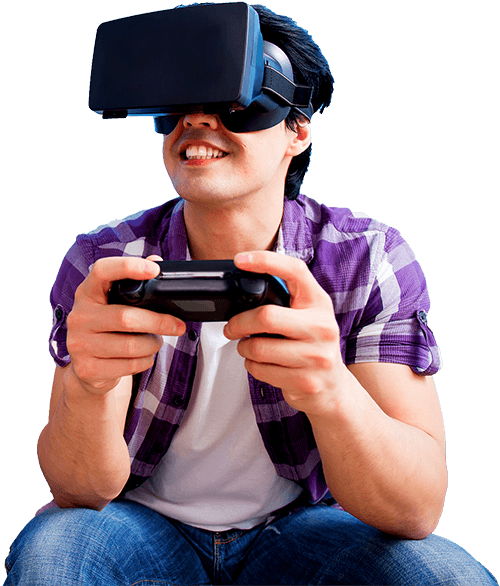 Did you have any other difficulties aside from motion sickness?

Niklas: Holding the weapons and the weapon selection system was pretty difficult. We tried different methods of selecting weapons. The first one was using the D-pad.  It’s a zombie game and it's a pretty intense shooter at times so you need to be able to swap weapons quickly and accurately. We moved on to another system which is the one we're using today where you can select weapons in the 3D user interface. There’s a certain hand movement that you need to do to access a weapon. It’s something that people could learn pretty quickly after playing the game a few times. There were interesting design choices that had to be made which were quite different from selecting weapons in a regular game.

So what’s next for ZenzVR?

It hasn’t been revealed yet so, it's a bit under wraps. All I can tell you is it's a cartoon-style VR game set in the Wild West.

HordeZ was made using Maya LT and the Unity Engine. Start your zombie VR rampage on Steam and be sure to check our ZenzVR’s website for updates.