Designing guitars and a new career with AutoCAD 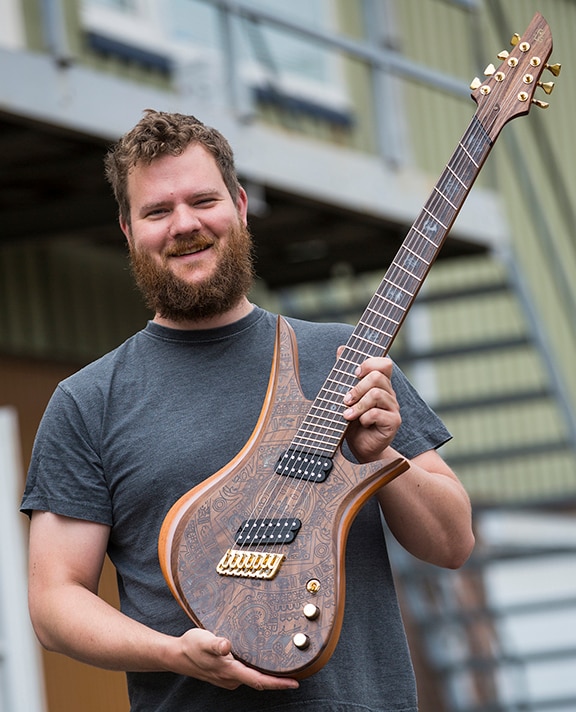 As a teenager, Jort Heijen first started building guitars with his dad in their garage. At first they stripped old guitars and replaced parts on them, buying and selling along the way. But they became curious about building the guitar body itself. From then on, Heijen was constantly building and making guitars, all by hand.

Working in bicycle repair and sales at a store in the Netherlands, Heijen realized it wasn’t exactly what he wanted to do for the rest of his life. Building guitars was his passion. So, at the age of 24, he quit his job, sold his car, and moved to Amsterdam where he enrolled in Hout- en Meubileringscollege, a four-year vocational school devoted to woodworking and furniture building.

While in school, Heijen began learning AutoCAD, especially after he purchased his first CNC machine to cut out the wood for his guitar designs. After working by hand for many years, AutoCAD brought entirely new possibilities.

“Once I start working on a guitar design in AutoCAD, I just can’t stop until it’s finished,” Heijen says. “It’s very addictive and like a puzzle that I want to solve. Its precision is key. The CNC machine can have incredibly small routers and I can make sure all the angles work in the software.

“With AutoCAD you can do much more than a sketch on paper,” he continues. “I can take anything in my head and make it real.” 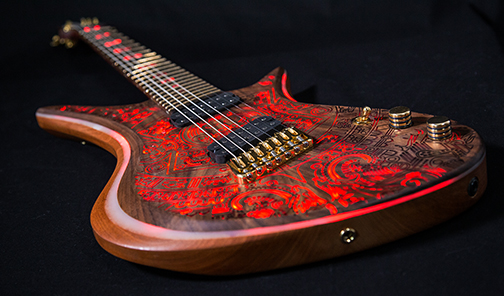 After graduating from college, Heijen spent last year as a teacher’s assistant and is now a full-time technical instructor at the school. He is passionate about helping students discover how much they can do if they learn AutoCAD. 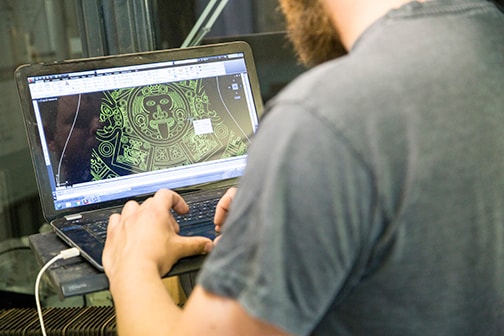 Jort designing an LED guitar in AutoCAD, and the finished LED guitar. 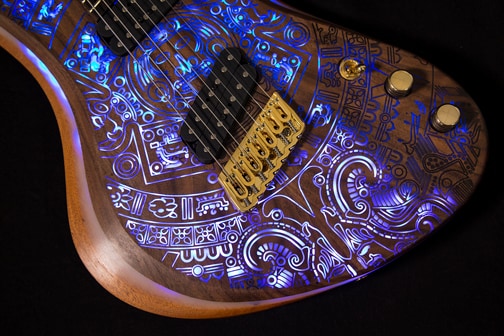 “When my students come to me with ideas for a new project and they struggle with mathematical issues, calculating angles, and visualizing distances, scale, and ratios, I always direct them to AutoCAD,” Heijen says. “I show them how easy it is to draw it in 2D and how it can be used to get a better picture.

“One of the best things is that AutoCAD forces you to be as precise as possible and challenges me to translate my ideas into a DWG file,” he continues. “Idea to AutoCAD to CNC is my creating progress. In Dutch I made it into a motto ‘Van idee naar 3D,’ which means ‘From idea to 3D’ except, in Dutch, it rhymes!”

With hundreds, if not thousands of designs under his belt, Heijen is hard at work building his burgeoning business, Red Layer Guitars. He recently finished his first retail model that is now on sale. But he has an even bigger goal in mind—designing an entirely new, high-end, lightweight guitar. For it, he plans to use ziricote wood and a unique and intricate fret board of inlaid wood reminiscent of an M.C. Escher design. In fact his early design of the fretboard has caused quite a bit of social media attention, especially on Facebook.

In a 90 square meter workshop he shares with another guitar designer, Heijen has all the tools he needs in one place from the CNC machine to a spray booth cabin. And, of course, it includes AutoCAD.

“Whether I’m at school or in the workshop, I can always access my files through Autodesk 360,” Heijen says. “And with thousands of designs and templates, I’ll always be able to access them, even if it’s 10 years later. Every detail goes into AutoCAD, every single one.”

In fact, the influence of AutoCAD on Heijen’s new career doesn’t stop there. The name of his business was even inspired by the software.

“I was filling out the business application for the city and realized I didn’t have a name,” Heijen says. “I was drawing a guitar in AutoCAD and I wasn’t that good in the beginning. I had drawn some splines, but I didn’t know how to convert them yet so I had made them red. I looked at my screen and there it was: a red layer in AutoCAD. And Red Layer Guitars became the name of my company. So there you have it…AutoCAD really is in every part of my life.” 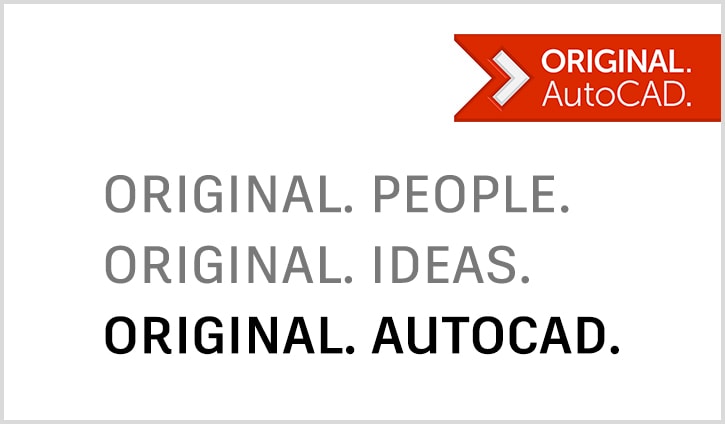 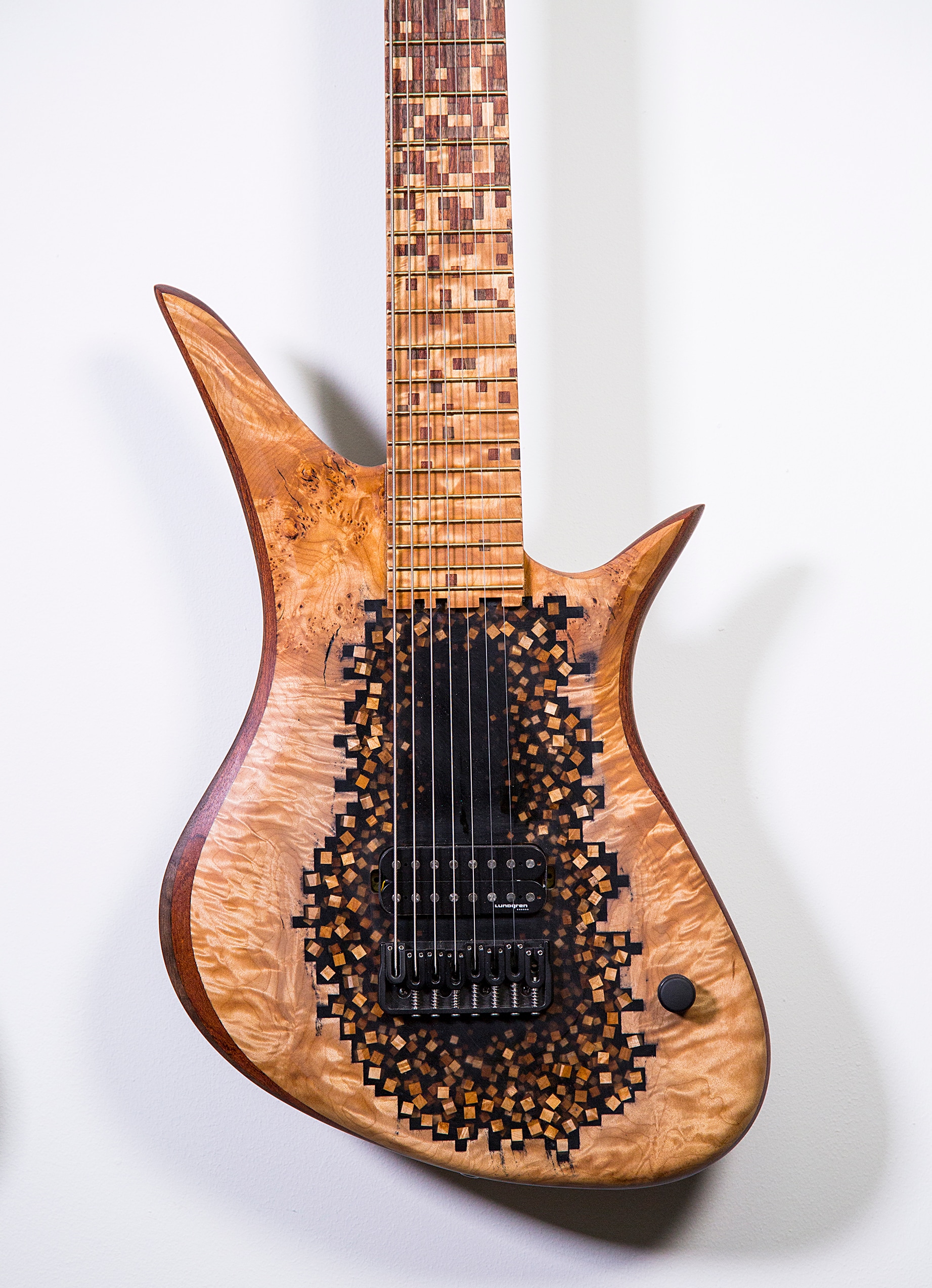 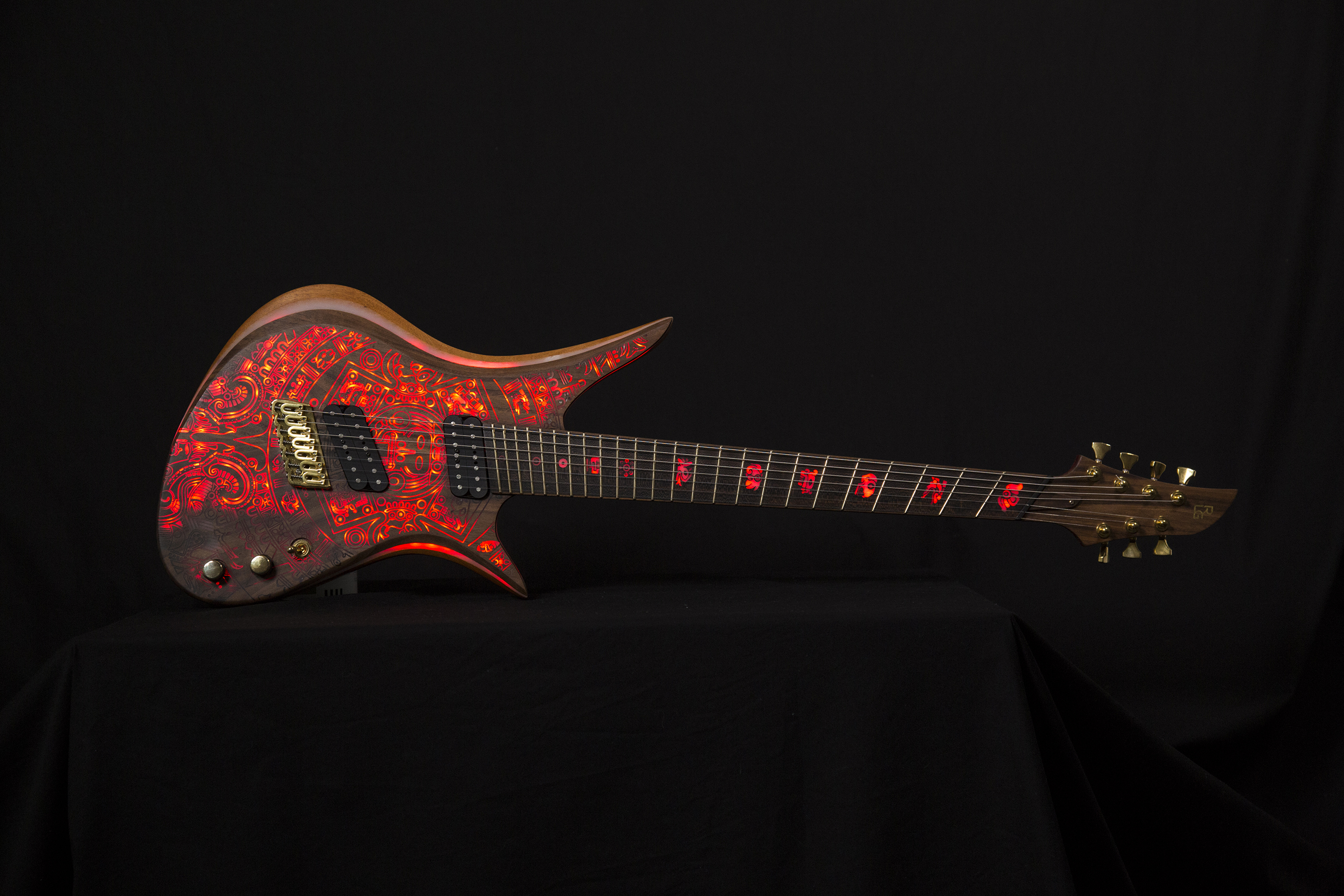 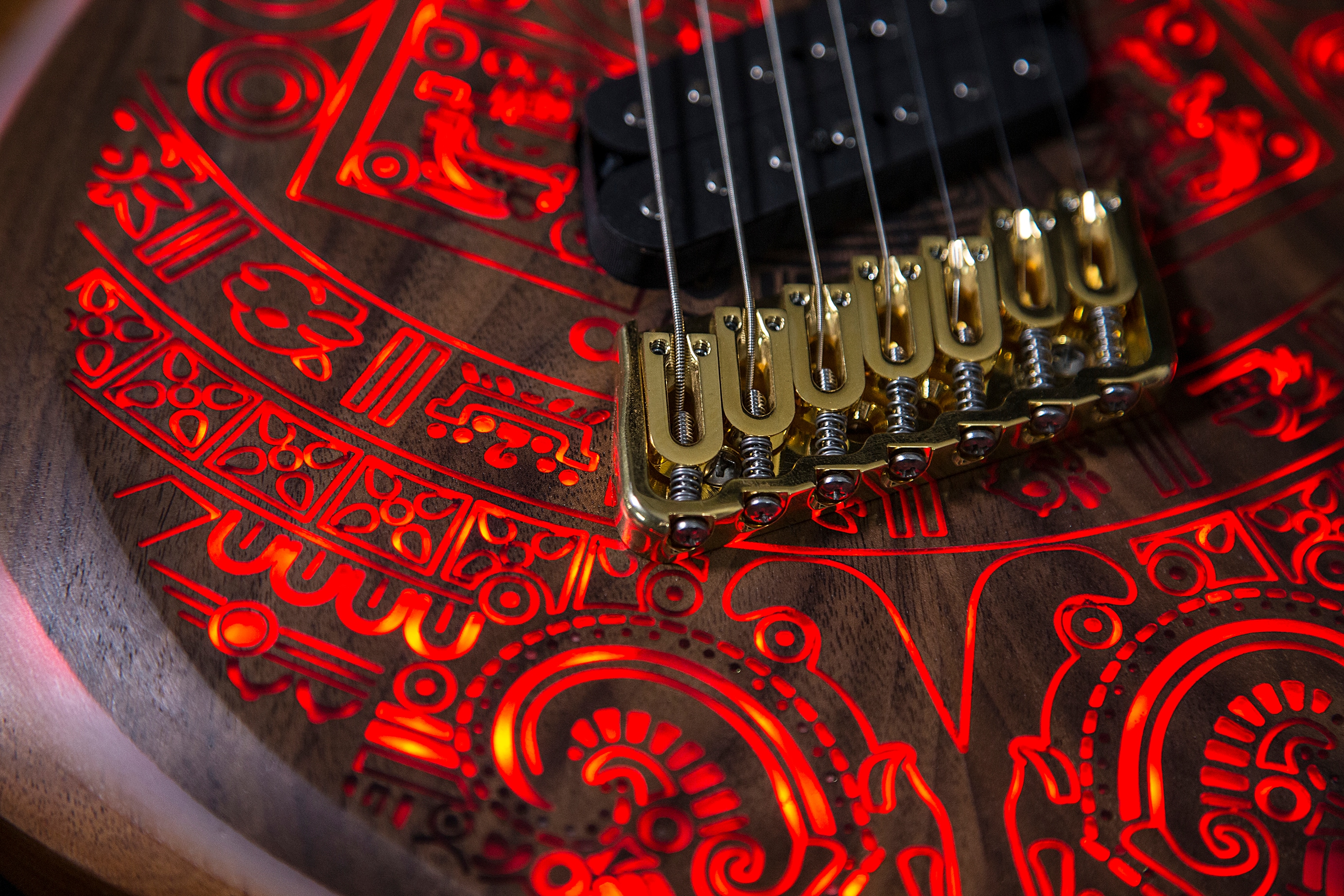 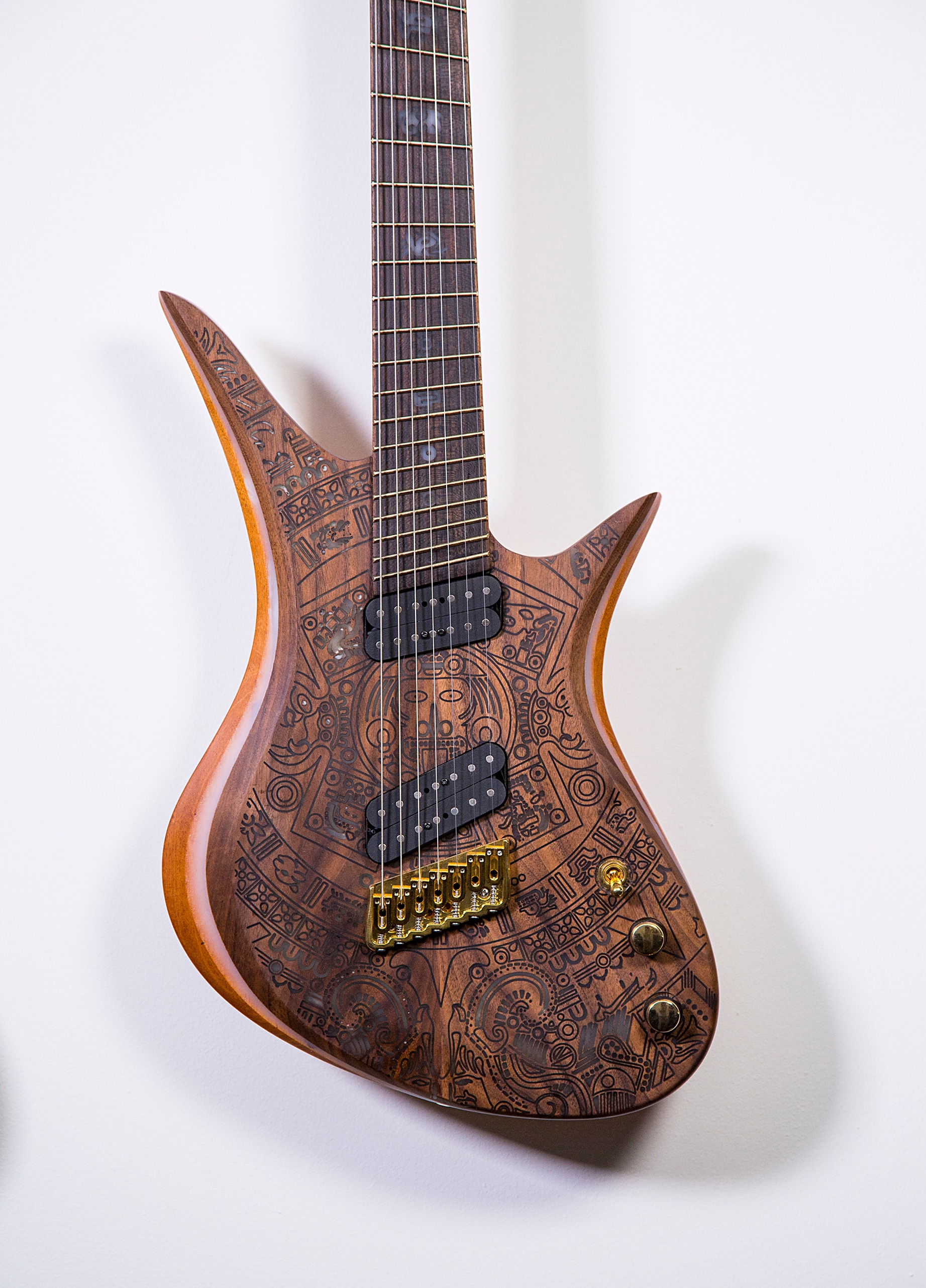 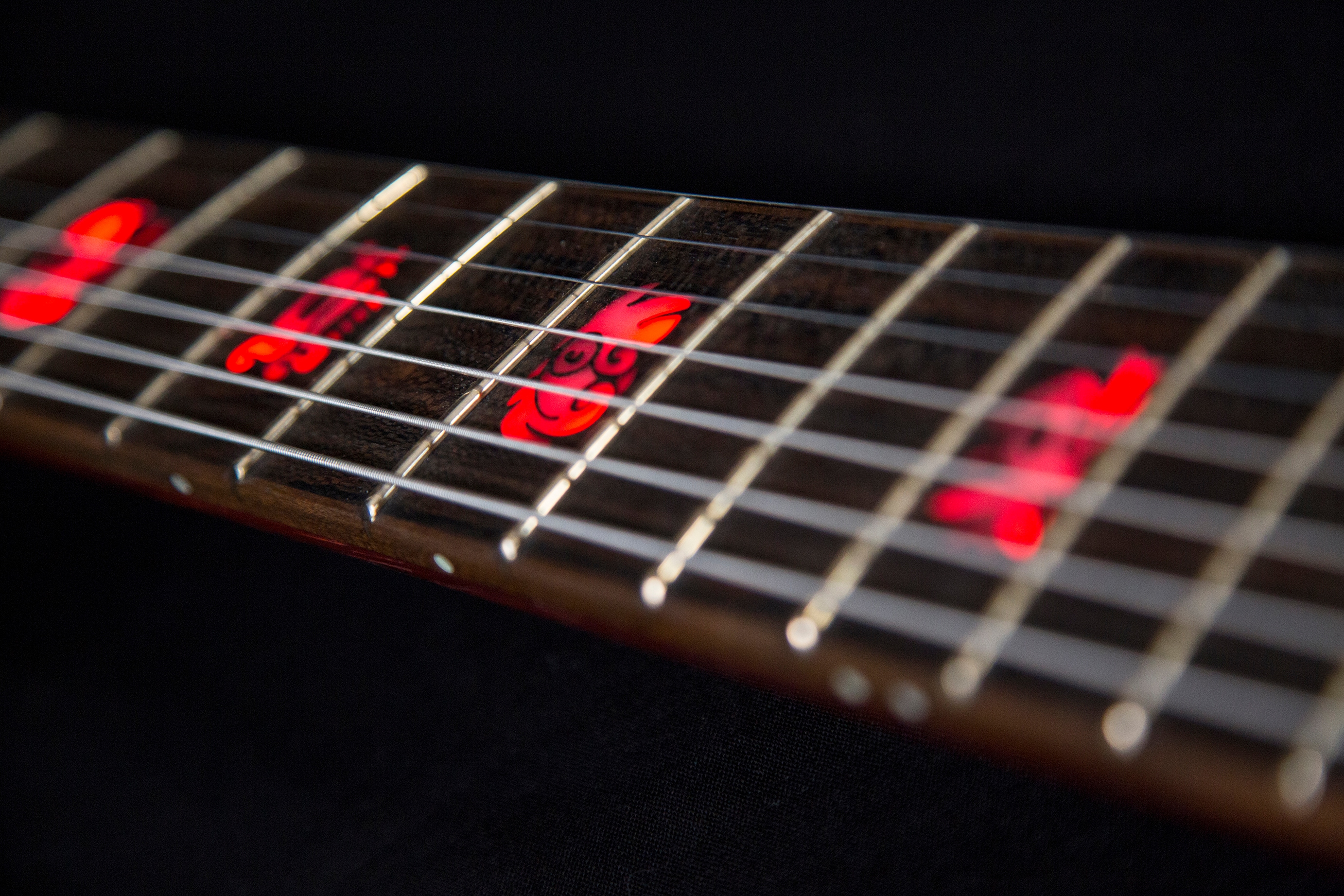 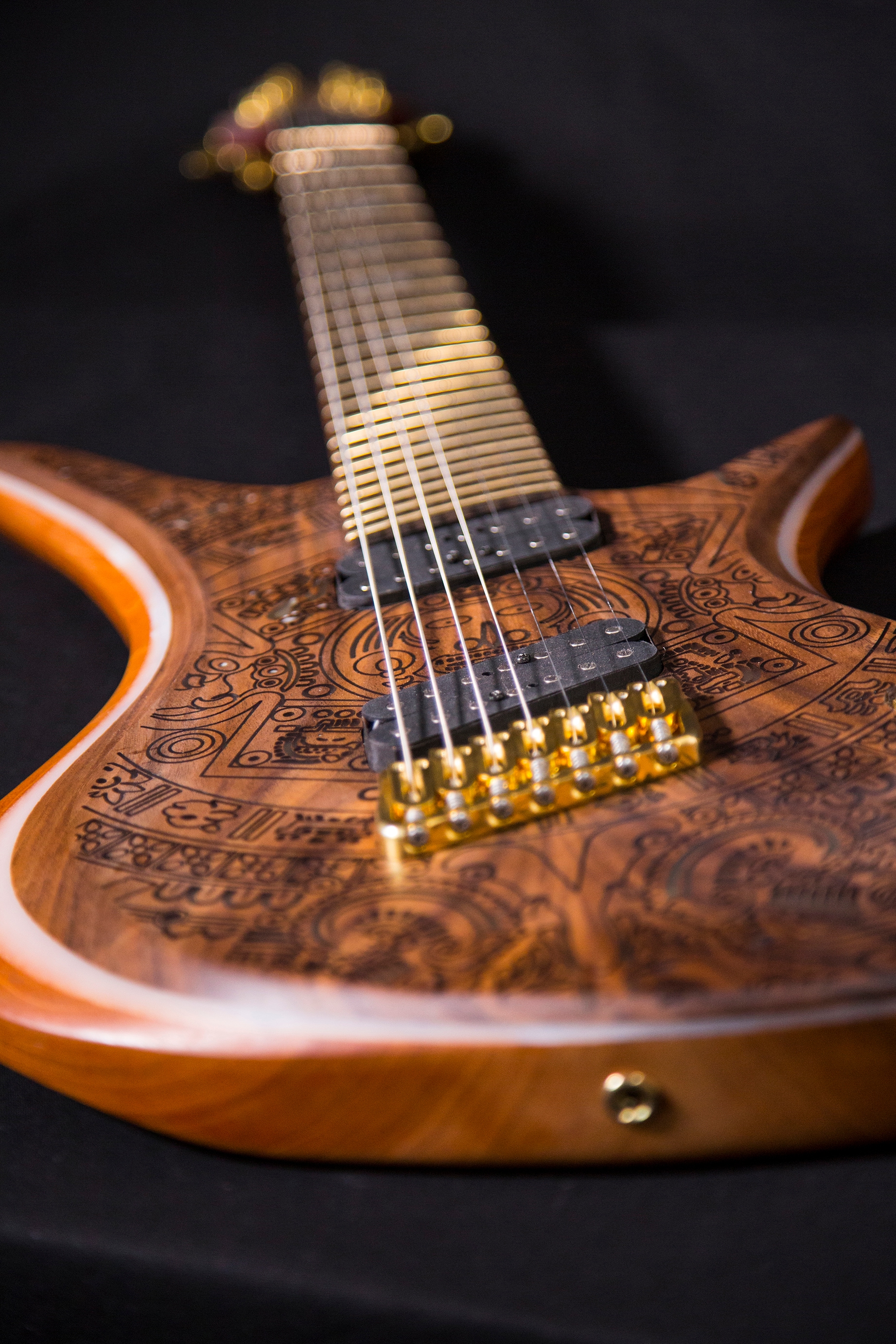 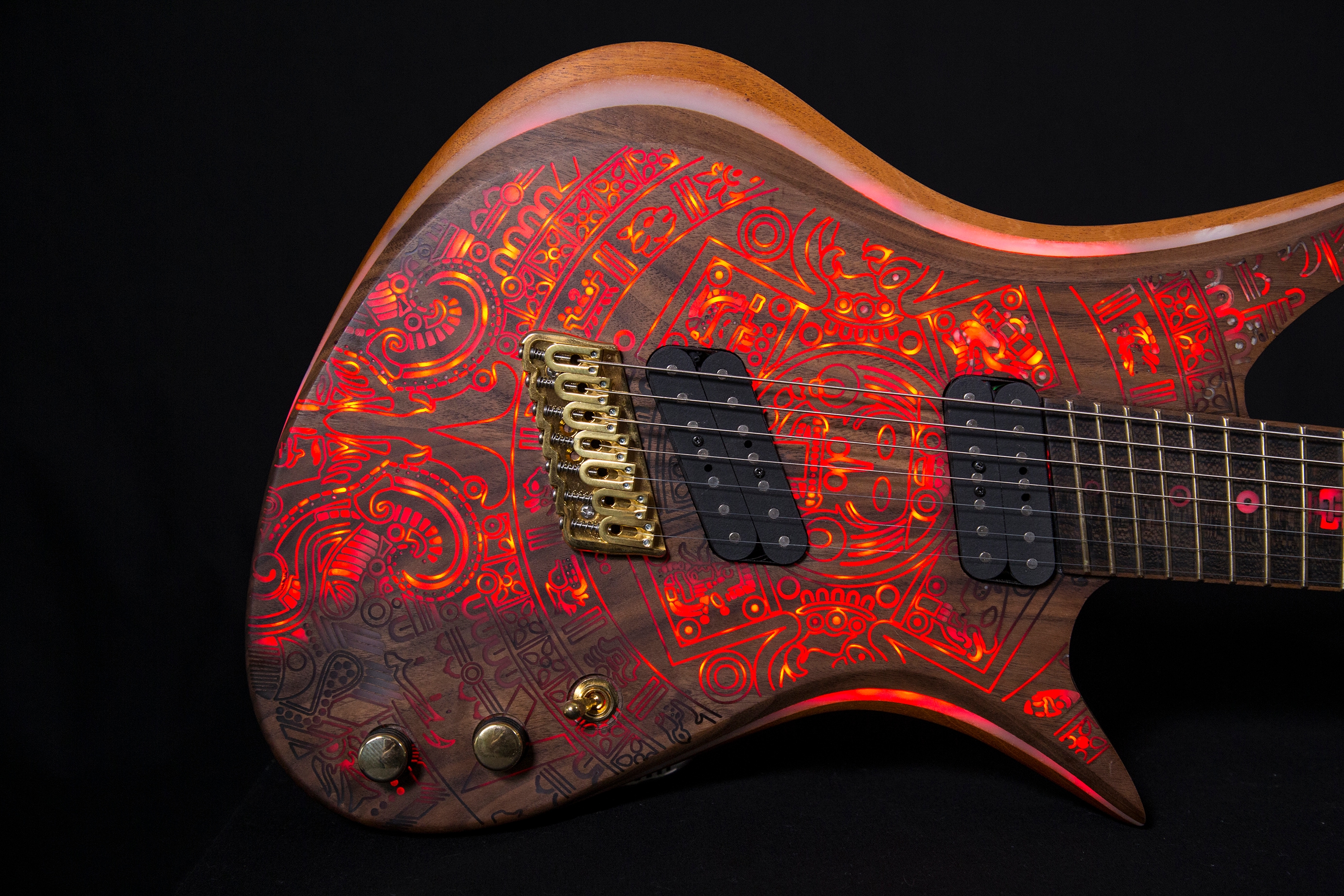 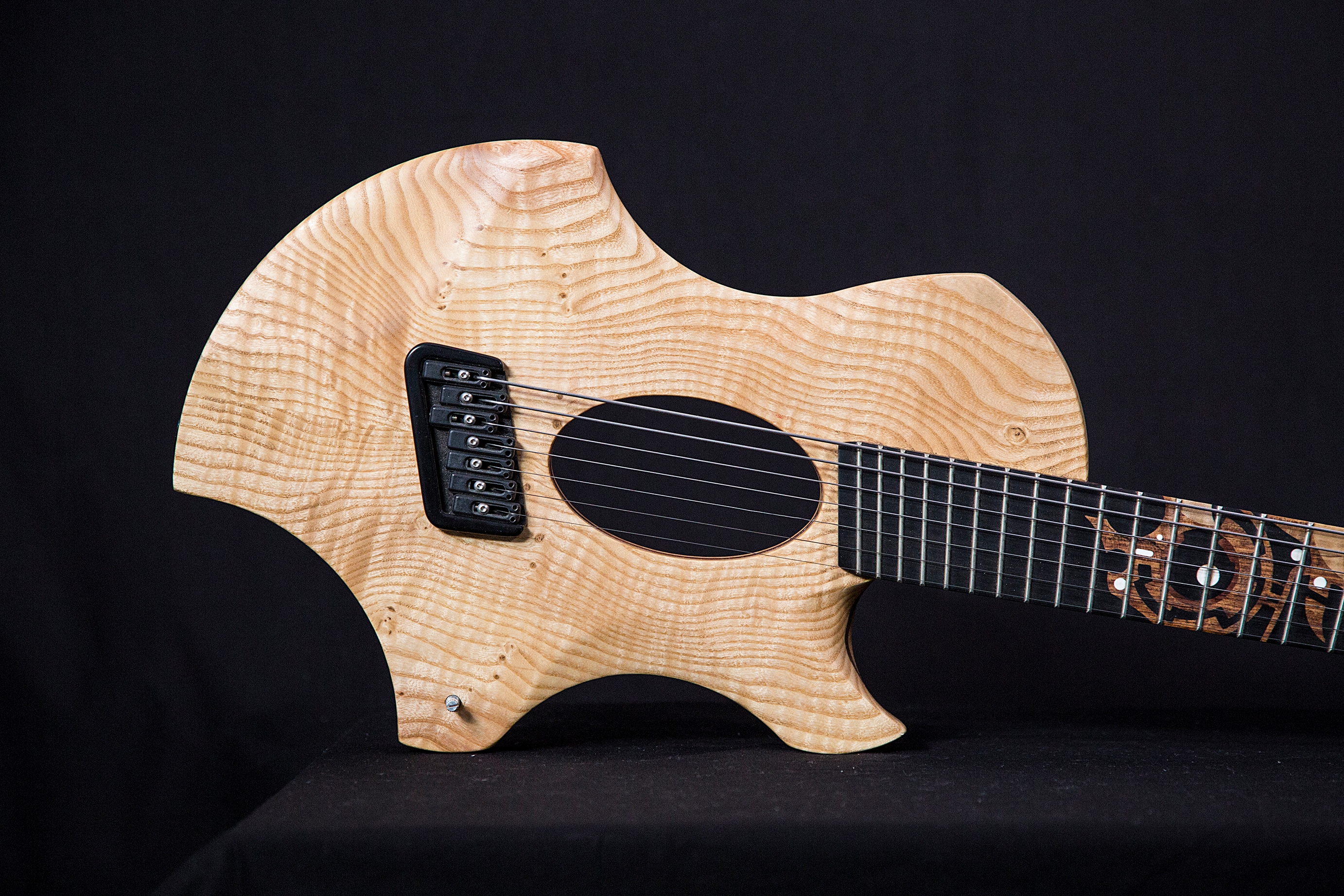 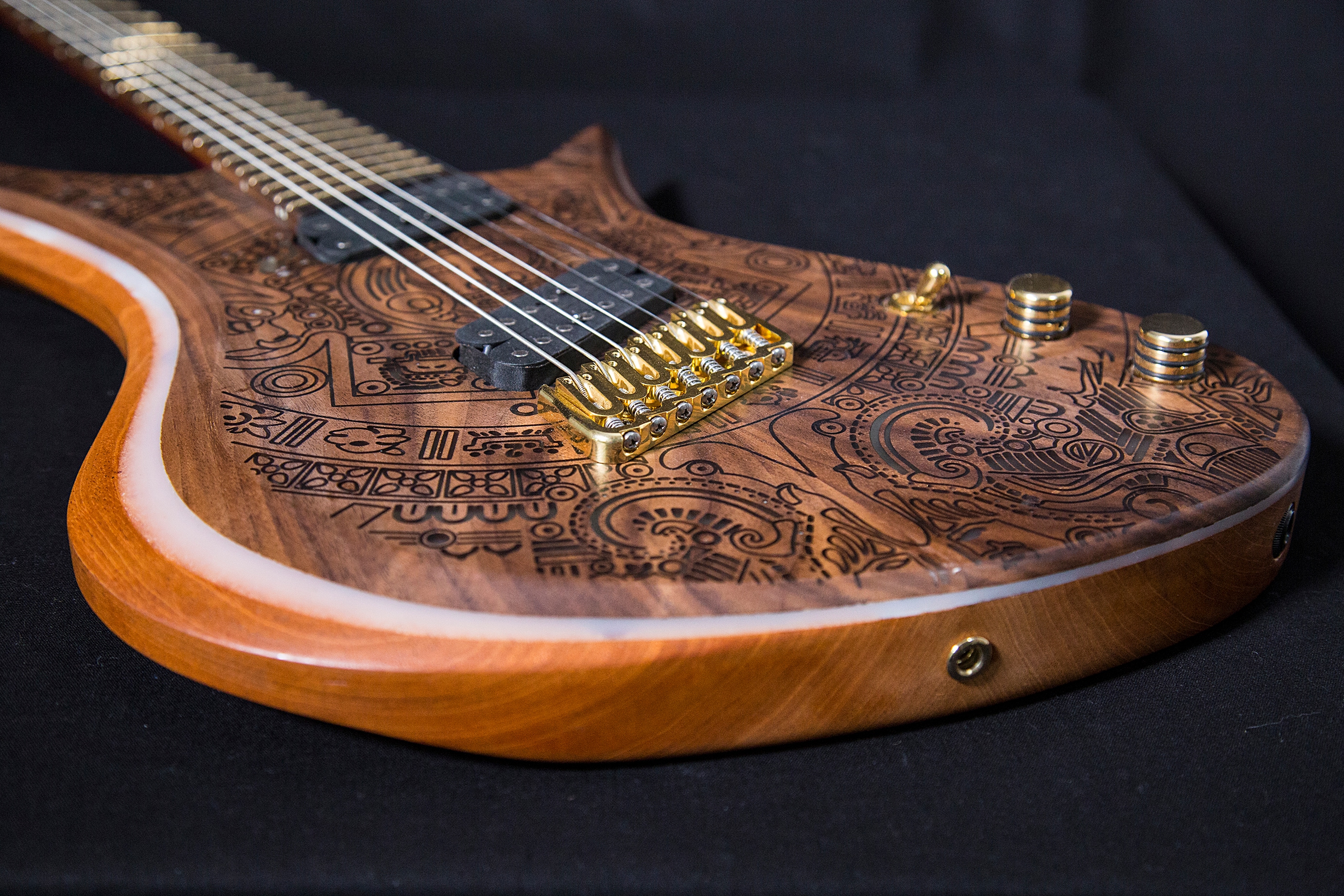 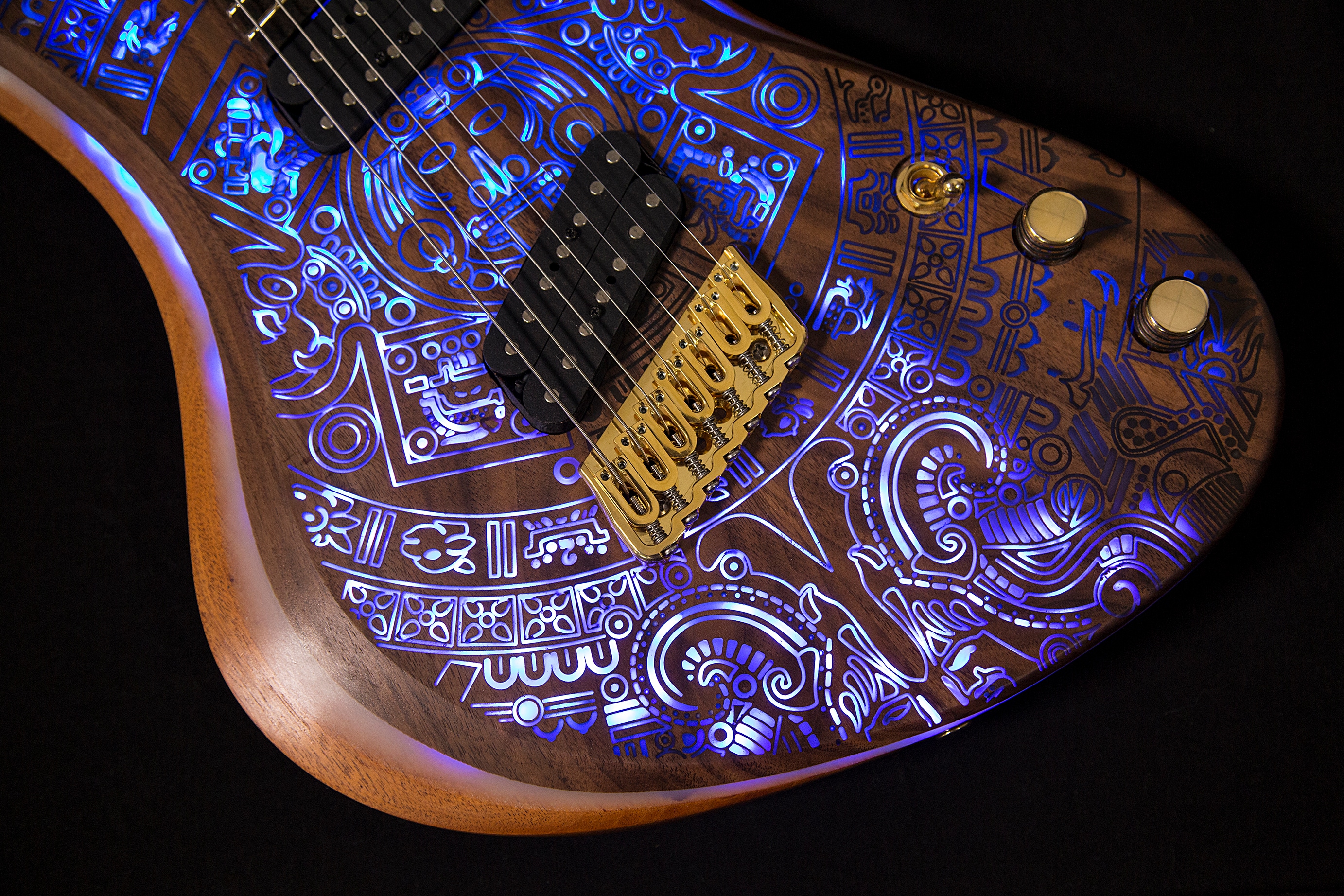 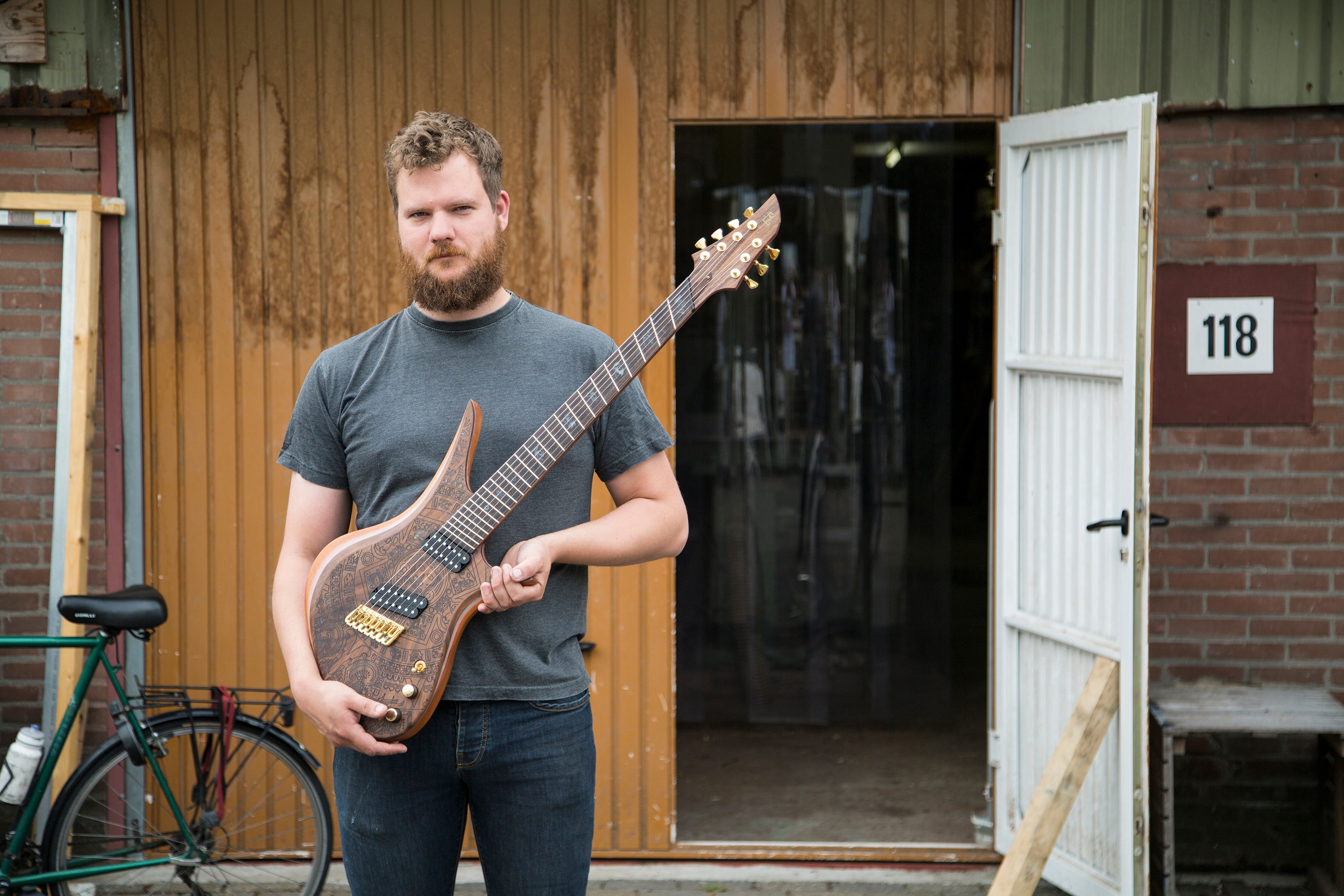 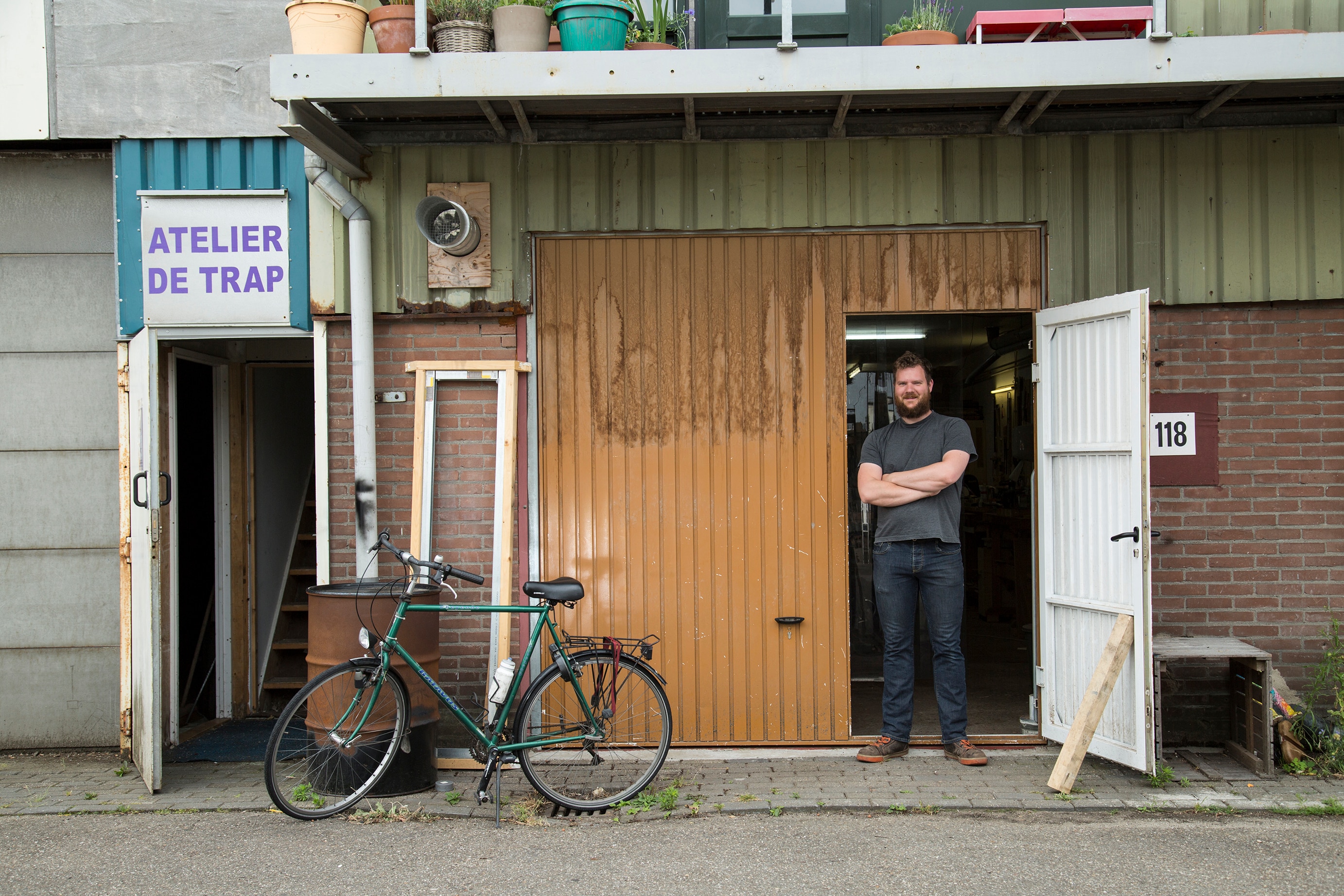 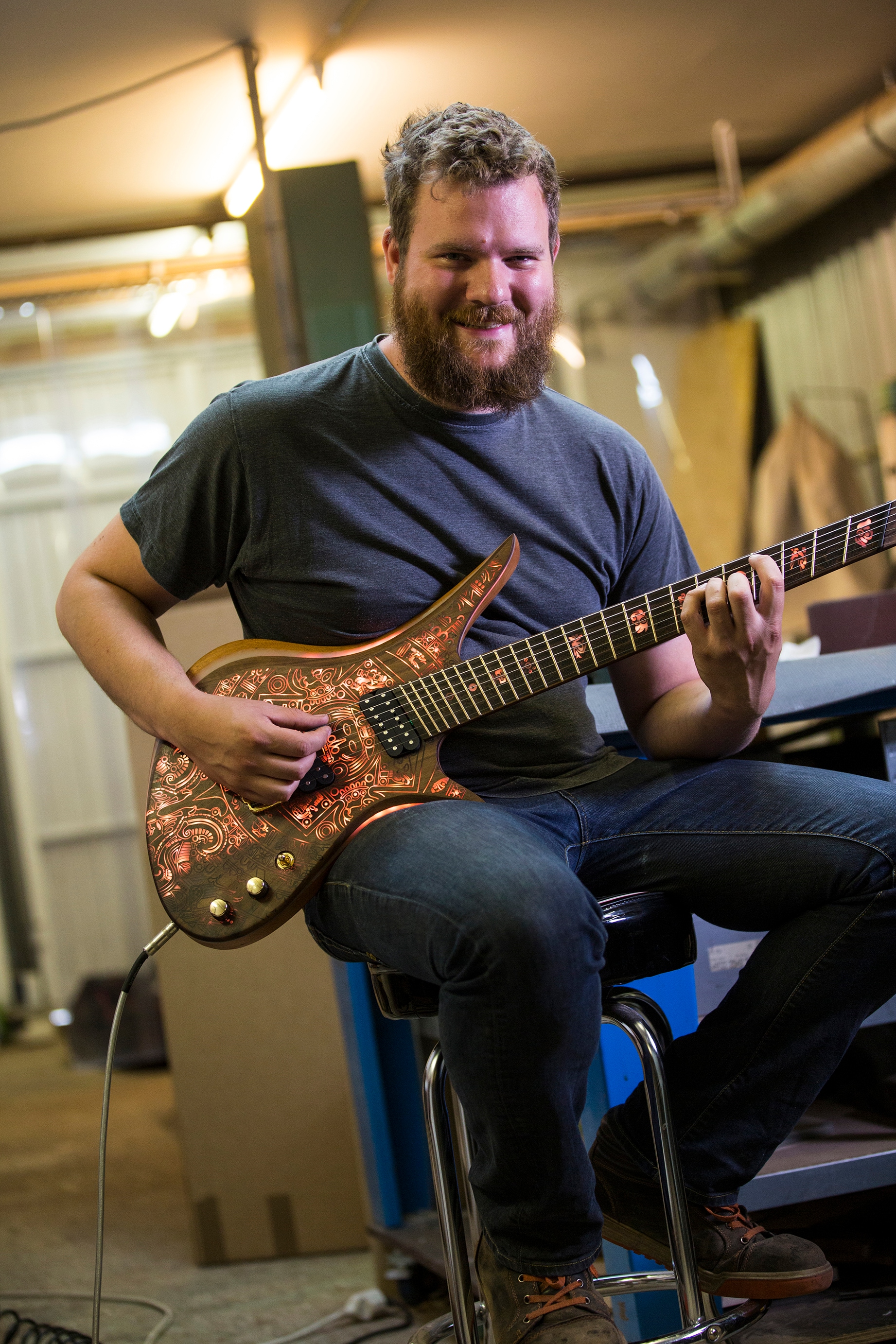 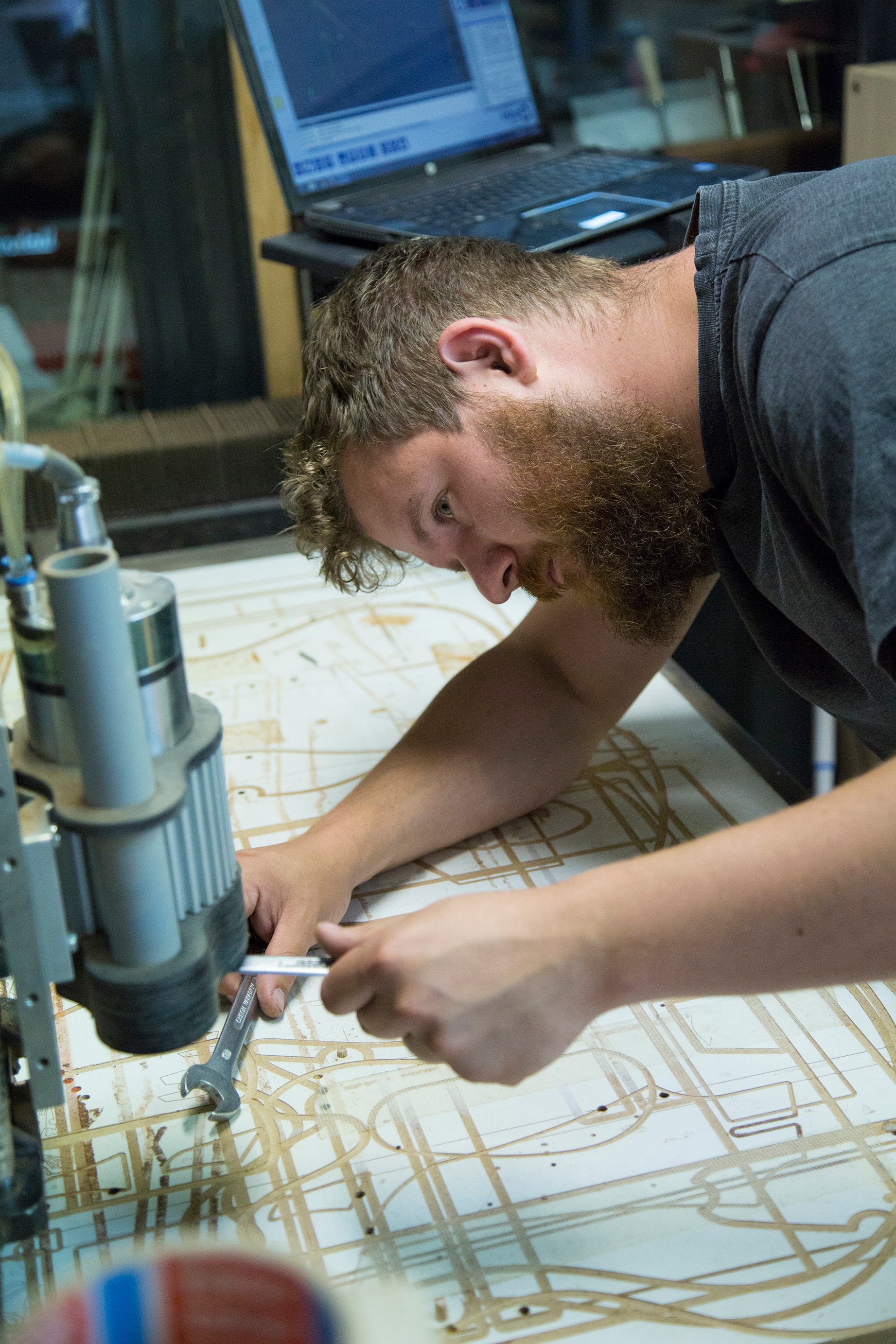 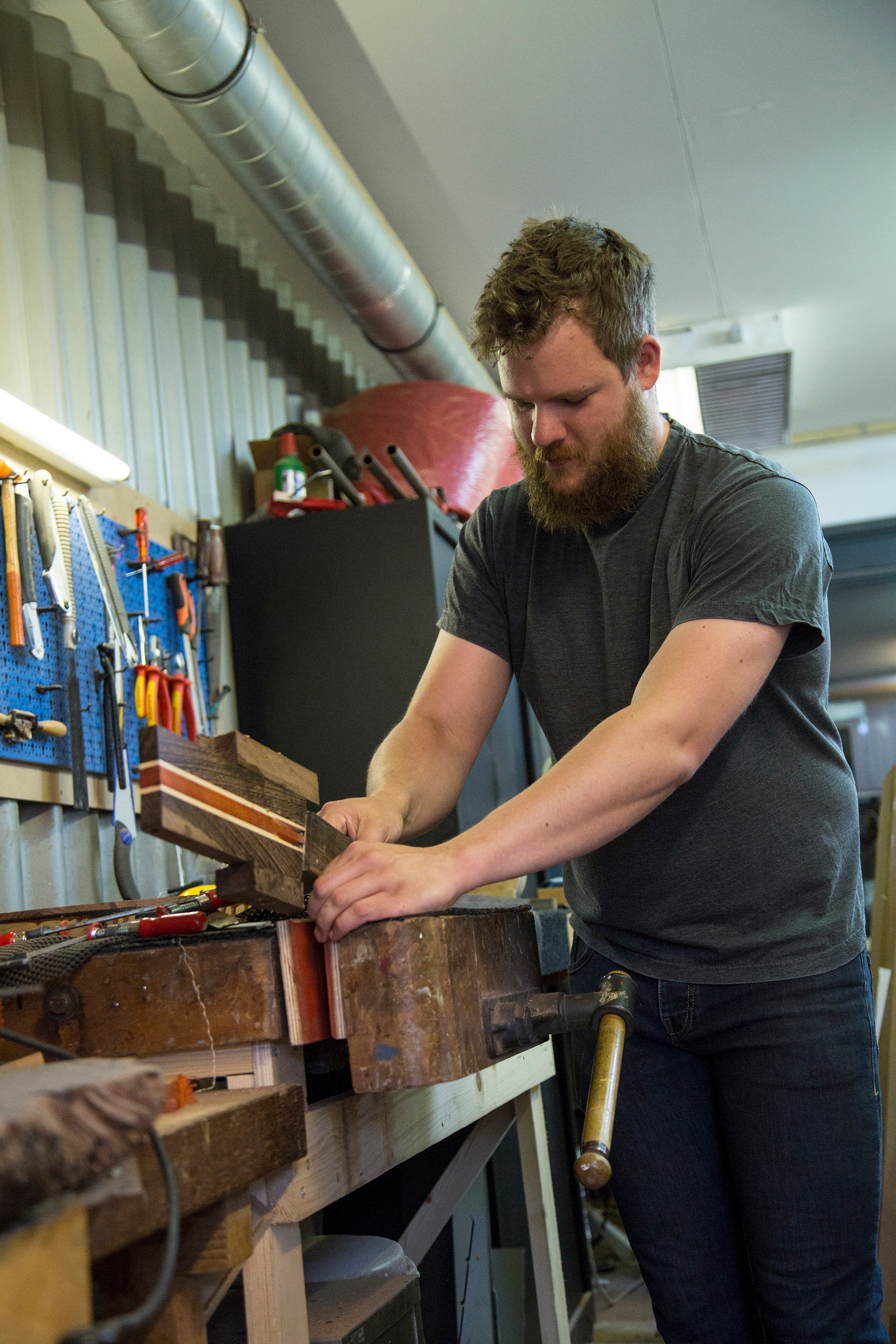 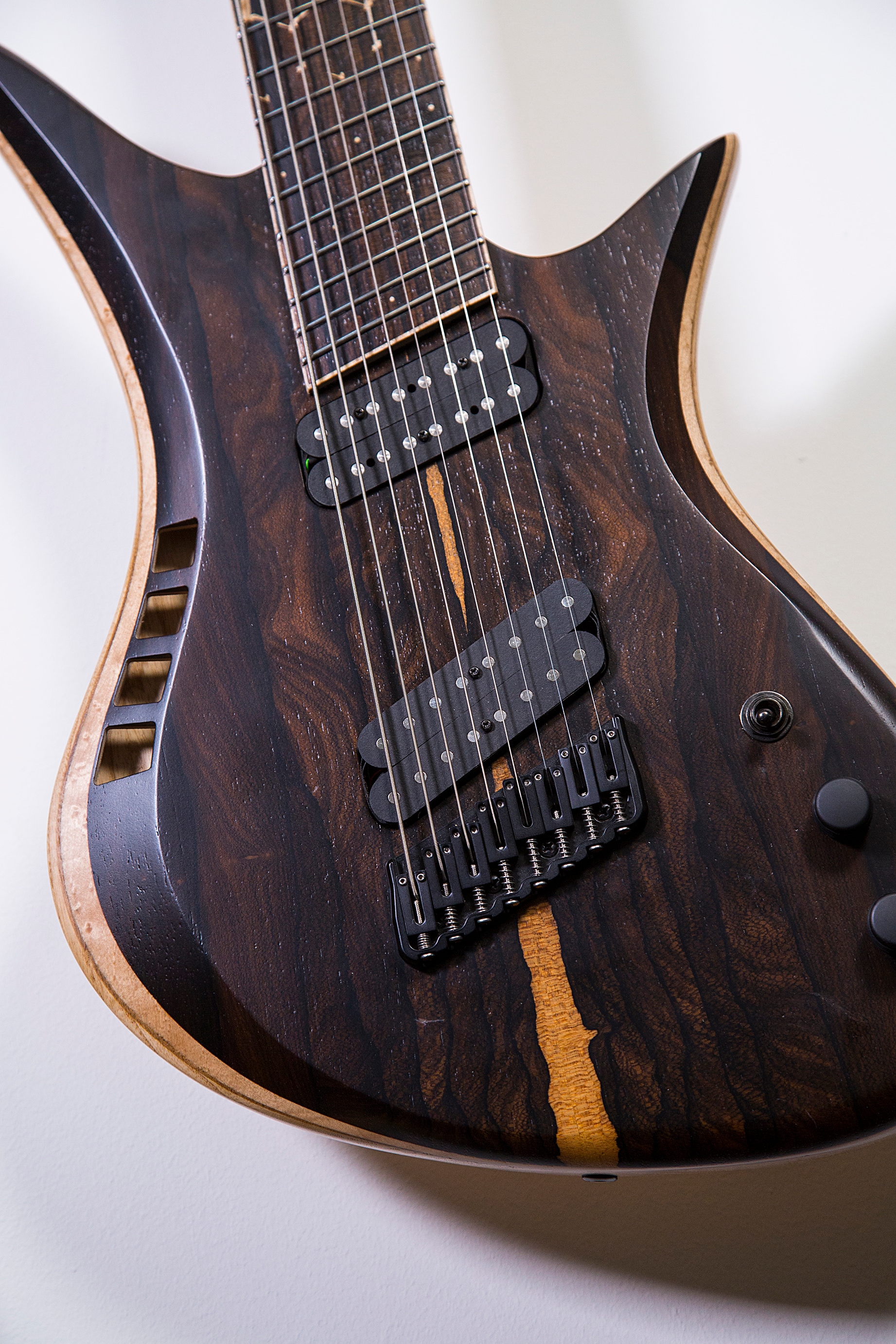 Sign up for email updates to receive special offers and the latest news.

We’ve added you to our email list to receive special updates and offers. You should receive a confirmation email with more information soon.

Sign up for updates
Stay up to date with the latest resources.
FEEDBACK

Autodesk, the Autodesk logo, AutoCAD and TrustedDWG are registered trademarks or trademarks of Autodesk, Inc., and/or its subsidiaries and/or affiliates in the USA and/or other countries. All other brand names, product names, or trademarks belong to their respective holders. Autodesk reserves the right to alter product and services offerings, and specifications and pricing at any time without notice, and is not responsible for typographical or graphical errors that may appear in this document.