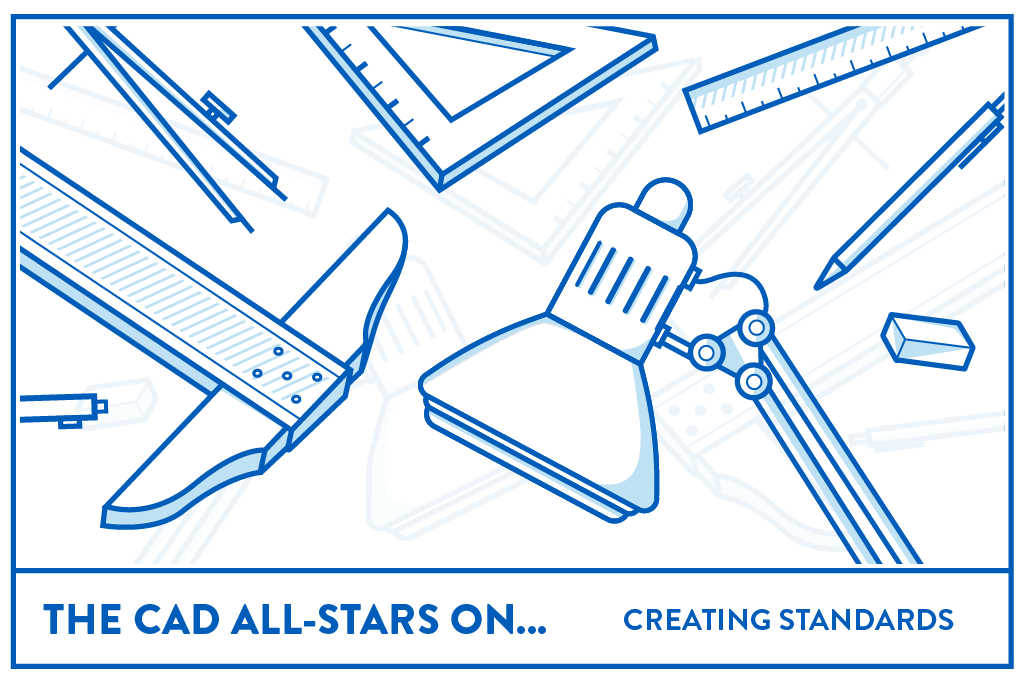 Getting buy-in on CAD standards can be a bear, especially when your colleagues are set in their ways.

Luckily, at our AU Las Vegas 2016 AutoCAD experts roundtable discussion, four of our top CAD Managers gave us their tips on the best ways to get everyone on the same page. Here’s what they had to say:

The golden rule of standards of any kind—whether it’s CAD standards, BIM standards, or office procedures—is you have to make it easier to do it right than it is to do it wrong, because if it’s easier to do it wrong, people are going to do that. If you can explain why you’re doing something a certain way, most people are more likely to accept it. […] The more you can do to say, “[we have] to go through this process because we need the end result to be X… sometimes they’ll come back to you with ‘Why don’t we do it this way?'” and maybe you get a new CAD standard.

Listen for new ideas. Maybe there is a better mousetrap out there that somebody has, and be open to integrating those [ideas] into your CAD standards.

In any situation, not everybody’s going to get their way, and that’s fine. People are OK with not getting their way as long as they feel they’ve been heard. You have to discuss these things, and if somebody has a reason, if somebody says “Well, that’s not how I think it should be done,” listen to them. […] Or you could say, “Well, while that’s not wrong, we have found that this is more efficient.”

If it’s easier to be standard than not, people will use [the standard]. One thing I like to say is that the best CAD standard is the one they don’t know they’re using […] but one problem that I do bump into is that people are so hesitant to look at a new work method. They don’t even know they could be doing it easier because they may think “Well, I’ve never done it that way” or they’re afraid of it. So, what I find particularly useful is if you’ve got some hot-shot power user people inside your company, get them to use it and then brag about them. You know, “Look at how great he’s got it! Look at how fast they’re getting their stuff done!”

Get even more insights from the experts when you listen to the session recording, or visit one of our Autodesk University celebrations around the world!

Stay connected on the latest tips, advice and news for CAD Managers.

A day in the life of a CAD Manager
Choosing the right CAD Software for your business
Autodesk at the Center of the CAD Workflow: Advantages to CAD Managers & Teams
What is a CAD Manager and what do they do? 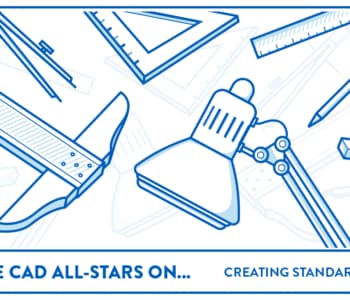 Read more
FEEDBACK
Sign up for CAD Manager Update
of

Autodesk, the Autodesk logo, and AutoCAD are registered trademarks or trademarks of Autodesk, Inc., and/or its subsidiaries and/or affiliates in the USA and/or other countries. All other brand names, product names, or trademarks belong to their respective holders. Autodesk reserves the right to alter product and services offerings, and specifications and pricing at any time without notice, and is not responsible for typographical or graphical errors that may appear in this document.

*Monthly and daily cost is calculated using Autodesk SRP in the United States based on annual subscription purchase. Annual subscriptions are available directly from Autodesk or through Autodesk authorized resellers, and may not be available through all resellers or in all countries. Autodesk Authorized Resellers are independent resellers and free to set their own prices. Reseller prices may vary. See additional legal disclosures.